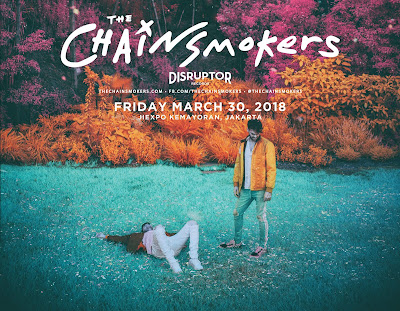 The Chainsmokers
Jakarta 2018
The Chainsmokers are a New York City-based duo consisting of Andrew Taggart and Alex Pall. They write and produce their songs, and often feature guest vocalists.
The duo rose to fame with their 2014 viral hit, "#Selfie". The Chainsmokers broke into the mainstream with their hit song "Roses" and their debut EP Bouquet.
And on March 30, 2018, The Chainsmokers will strom the stage Indonesia. 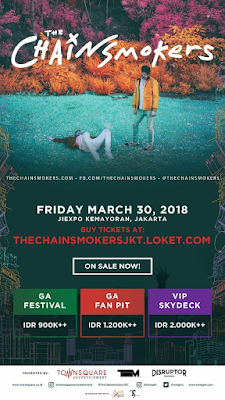 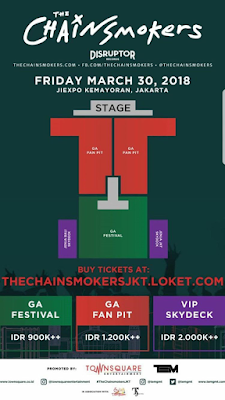 Note :
Make sure you use referral "yudistira_dps" in the LINK.